I was at a conference in Brasil recently, where one study examined the use of carbohydrate during endurance exercise. Here were the findings which were presented to around 300 undergraduate and postgraduate sport students:

And there was more:

So the take home message was “consume a lot of carbohydrate”.

Then the speaker had to acknowledge the funders of the study. Here is the slide showing them: 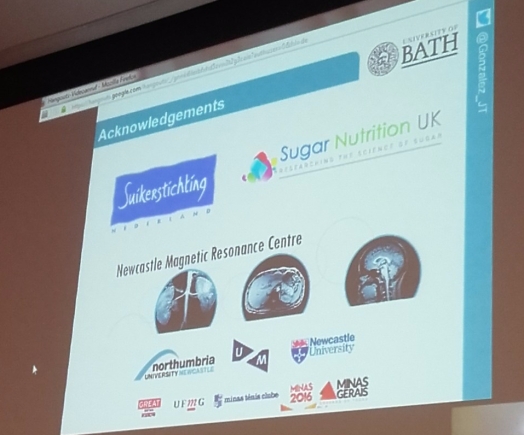 The two top organisations were not described as problematic in any way. Instead they were positively acknowledged for their financial contributions. If you look around their websites you will clearly see a “pro-sugar” attitude of these organisations.
https://www.suikerinfo.nl/ and http://www.sugarnutrition.org.uk/index.html (At the end of 2016, the “British Nutrition Foundation” ceased operating.)

On the day of the conference I took a screenshot of the info on their website. You can see just how much they advocate the use of sugar and refute sugar consumption as a cause of obesity. And even more incredibly, the source for their claim about sugar not causing obesity … is themselves! What a scam this is! 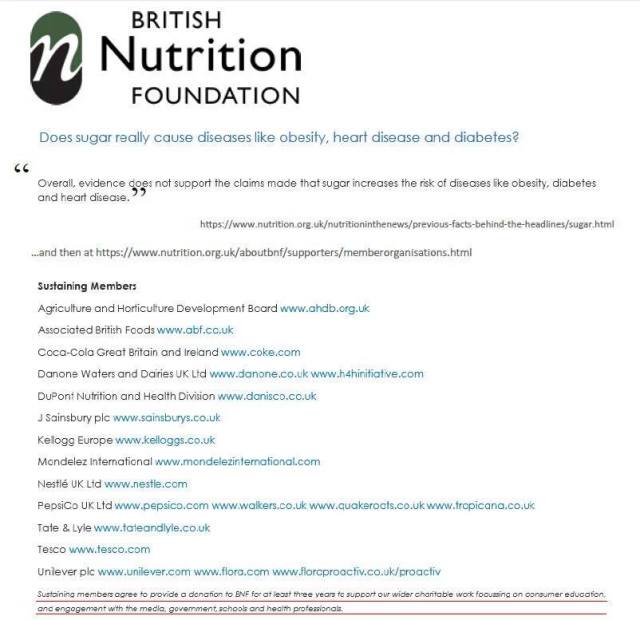 Organised sport in the UK has been heavily criticized in recent months, and with good reason. The issues gaining most media attention include:

I am sure most sport in the UK is organised well and respectful of participants. These events did remind me though of UK Sport’s explanation of how they try to win medals. At a talk last year a representative from UK Sport (the govt funder of high performance sport) put up these slides to show how they perceive medal attainment. It is somewhat discomforting to know that they have done research in “super-elite athletes” and discovered they had often “experienced childhood trauma”.

“Experiencing childhood trauma” as a factor in becoming a super elite athlete!!!??? If that is the recipe for winning gold medals, I think the fewer super-elite athletes there are, the better! Of course, one might argue that this is an opportunity to turn negative experiences into positive ones, but it is still very problematic. See below some of the so-called “coconuts” that lead to medals. 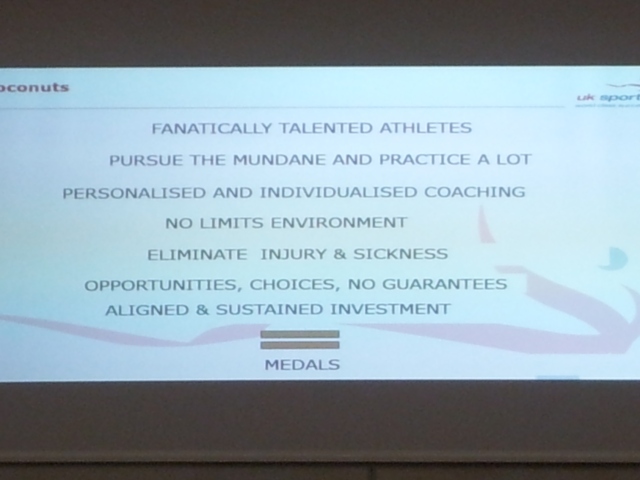 Talking up “individualised coaching” and “no limits environment” is a cause for concern.  As is encouraging people to focus on the “mundane”. No wonder many athletes retire from their sport with few transferable skills, other than “dedication”.

We need to develop a kinder approach to athlete management, by moving away from “No compromise” policies, and towards an approach that values the long term well-being of participants more than the short term medal outputs.